A European Travel Adventure for Daisy!

Daisy Laureano, HEAR Scholar of 2018, recently had the opportunity to visit 6 cities in Europe in under one month – read a little about what she experienced…. 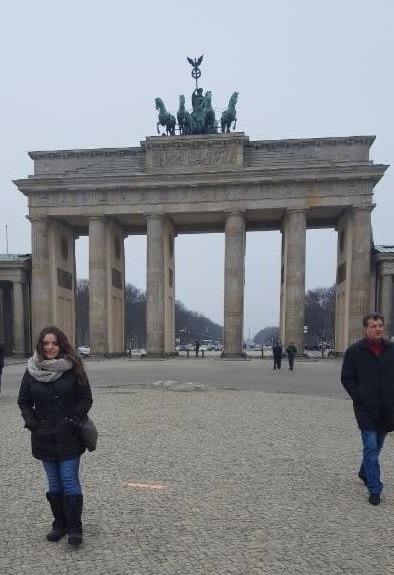 Daisy says she and her group never got to sleep off the jet lag, as they were traveling almost every 4th day, but she says that the trip taught her that there is so much in life to see, and this trip just scratched the surface!
She experienced a different pace of life in Rome, with people walking calmly through narrow streets without apparently a care in the world. It  felt so far removed from the multi-tasking life that so many of us lead here..She also saw many of the ancient sites, including the Coliseum, St. Peter’s Basilica and the Roman Forum.
From there, she fell in love with Prague, enjoying sweet Tredlniks (a common pastry found on the streets of Prague) and gazing at the old folkloric buildings, walking to St. Charles’ Bridge and seeing castles mixed in with more modern buildings.
Onwards to Berlin, which she says reminded her in a lot of ways of downtown Chicago. When she wasn’t visiting memorials, she was eating tasty Thai noodles at subway stations – who knew you could get Thai noodles there?!
One thing Daisy says she admired about Germany was it’s acceptance of refugees who have recently arrived. Many of the street vendors were immigrants and they all expressed their love of how the German people treated them – good to hear Daisy.
Finally, to Amsterdam, which was her favorite destination of the whole trip. So many cultures infused into traditional Dutch life that she felt in awe of the unique features that Amsterdam has to offer. Canals surrounding the city, with boats more popular than cars, she even rode a bike through the city, which apparently was cool but scary at the same time!
Daisy tells us that she has al 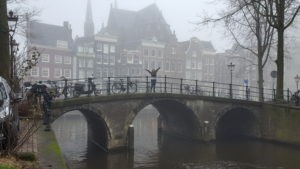 ways wanted to travel and this trip was definitely an amazing start. She is grateful to her school and the HEAR Foundation for making her school financial commitments easier to manage, and allowing her to save up for this fabulous trip. It is one she will never forget, and whenever she looks at a picture, or a souvenir, she is transported back to Europe and to some of the best moments of her life!
Daisy Laureano
Class of 2018
Elmhurst College