The History Of The HEAR Scholarship

While the origins of the HEAR Foundation lie far from Chicago (see below), its scholarship program started in 2009 based on the idea of supporting deserving young Chicagoans who have the ability, but not the financial means, to support a college education. Between 2009-2011, the Foundation tried various forms of scholarship support. In 2011, it initiated the current model: a $20,000 (renewable) scholarship in increments of $5,000/year for four years.

The original class of 2011 consisted of just four scholars. Numbers grew slowly to begin with as awareness of both the scholarship program and the need for donations was developing. 2014 marked the beginning of a continued, steady rise in scholarship numbers. In May 2022, the Foundation awarded its 179th scholarship and committed over $3,400,000 to providing exemplary high school students in financial need with the means to a higher education.

In 2012, the HEAR Foundation added another piece to the puzzle on the road to college success and introduced its Mentoring Program. The majority of HEAR scholars are first-generation college goers in their families and have no one to turn to for advice. Studies have shown that students who have access to a successful mentor have significantly higher college graduation rates; this is particularly true for low-income and first-generation students. In light of this, HEAR created a mentoring program to support HEAR Scholars during their adjustment to college.

In 2019, after a number of years of significant growth in the size of HEAR Classes, and the increase in overall number of scholars enrolled in our program, the HEAR Foundation recognized a need for change to the structure of its mentoring program. With the help of Board Director Patti Kelly, HEAR transformed its mentoring program. Each incoming HEAR Scholar now has their own dedicated mentor who has passed a background check and completed online training. Mentors and mentees communicate monthly through a variety of media: FaceTime, Zoom, Google Meet, phone, text or email. Wherever possible, they meet twice a year in person. The mentee keeps the HEAR Staff updated on the relationship via an online survey.

The HEAR Mentoring Program is based upon the Elements of Effective Practice for Mentoring, developed by MENTOR|The National Mentoring Partnership. To date, our college success rate (both in terms of graduation and annual progression) stands at 100%. Our scholars hold a cumulative average GPA of 3.5.

Of our graduated scholars, many have gone on to (and in some cases completed) graduate school. Others are fully employed throughout Chicagoland and beyond. All have continued to be successful in their endeavors. It is the goal of the HEAR Foundation to continue this positive progression.

Before We Were A Scholarship Provider

Although the HEAR Foundation today is primarily focused on providing academically exemplary high school students in financial need within the Chicagoland area an opportunity to attain a higher education, the true beginning of the HEAR Foundation lies far from Chicago: in Jalapa, Guatemala.

In 2006 several of our later directors traveled to Guatemala and visited an orphanage for girls where living conditions were absolutely appalling. Casa Hogar de Nuestra Señora de los Remedios, or Casa Hogar for short, had no sanitary fresh water, very little food, and barely a roof over the girls’ heads. The young girls and women lived on three corn tortillas a day and weak coffee; conditions were described later as “absolute squalor.” During the bus trip home, Director Emeritus Mark McManus stood up and declared, “We can’t go home now. We have to go back and make it better.”

Upon returning to Chicago, the Directors were determined to make a difference. After raising the requisite capital, they returned to Jalapa with more volunteers and, over the course of several years, constructed a dormitory (housing 125 women and children), renovated bathrooms, dug a well to provide fresh, clean water, broke ground for an agricultural project, and started to send monthly food relief to the orphanage. Other community members, outside donors and supporters followed. Today, thanks to the commitment of a small group of people, Casa Hogar is nearing self-sufficiency, growing several commercial and food consumption crops a year, and housing several buildings including a school. Gracia Inc., a Chicago-based non-profit founded by former HEAR Executive Director Clare Kunkel, continues its presence at Casa Hogar and provides some of the home’s young residents with entrepreneurial training and workshops. It has also built an extremely successful jewelry business in-house. HEAR is extremely proud to be one of Gracia’s supporters. We believe that providing real job opportunities is perhaps the greatest and most lasting stepping-stone out of poverty any non-profit can offer its constituents.

As of August 2017, the HEAR Foundation has withdrawn from its regular engagement with Casa Hogar, focusing its efforts entirely on our own great but troubled city. However, HEAR continues to stay in contact with Casa Hogar and will be there to help should an emergency arise. 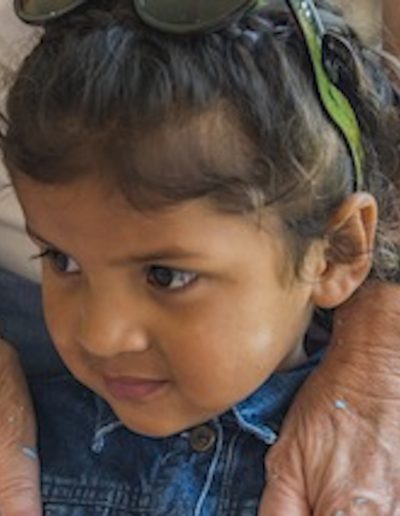 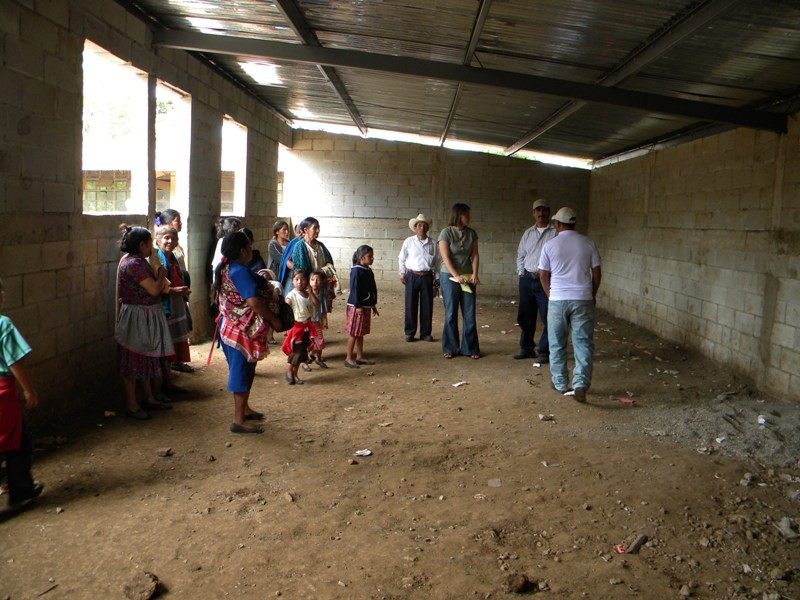 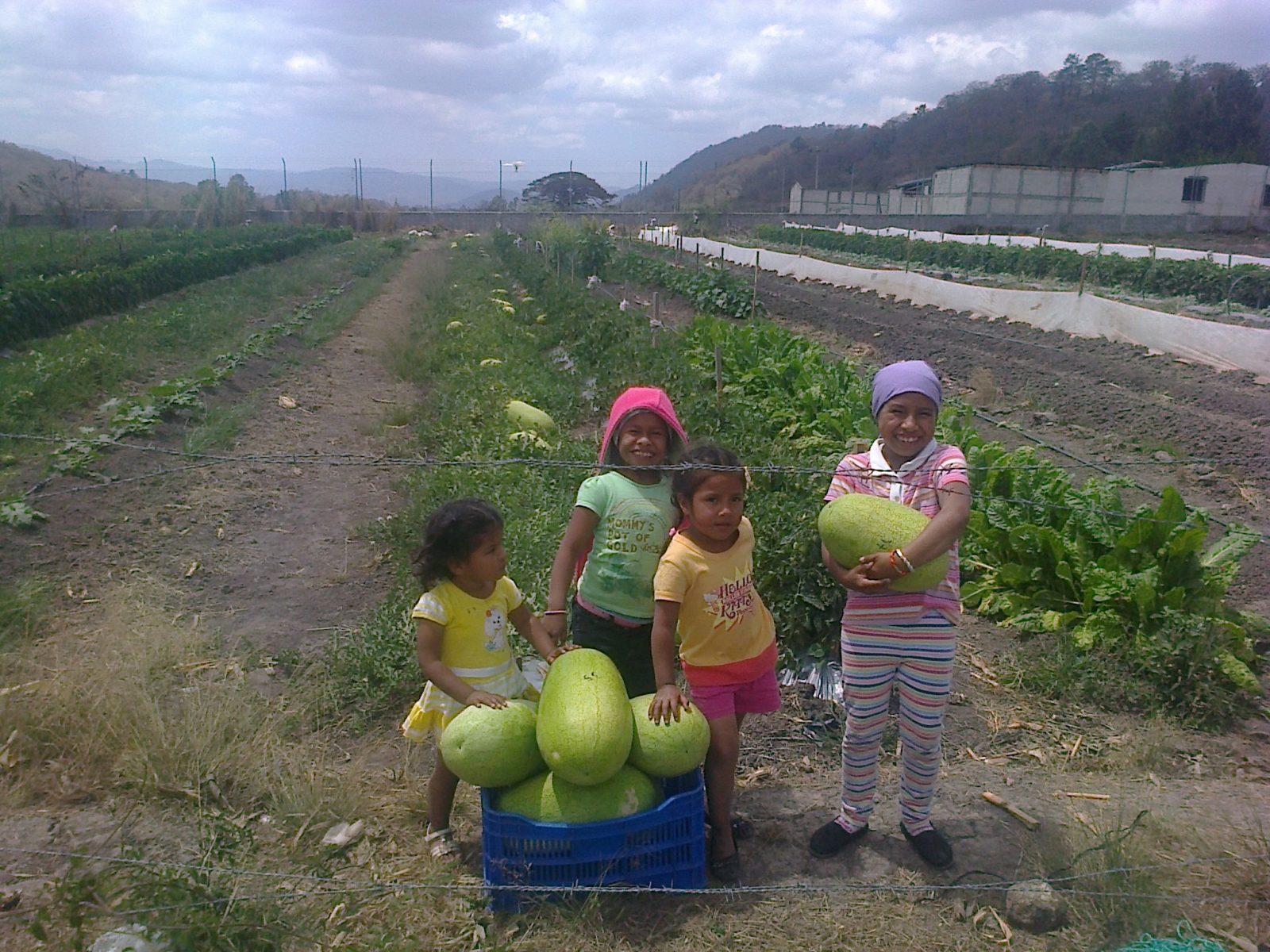 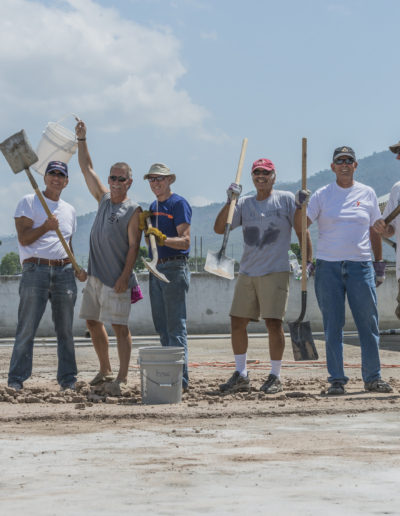 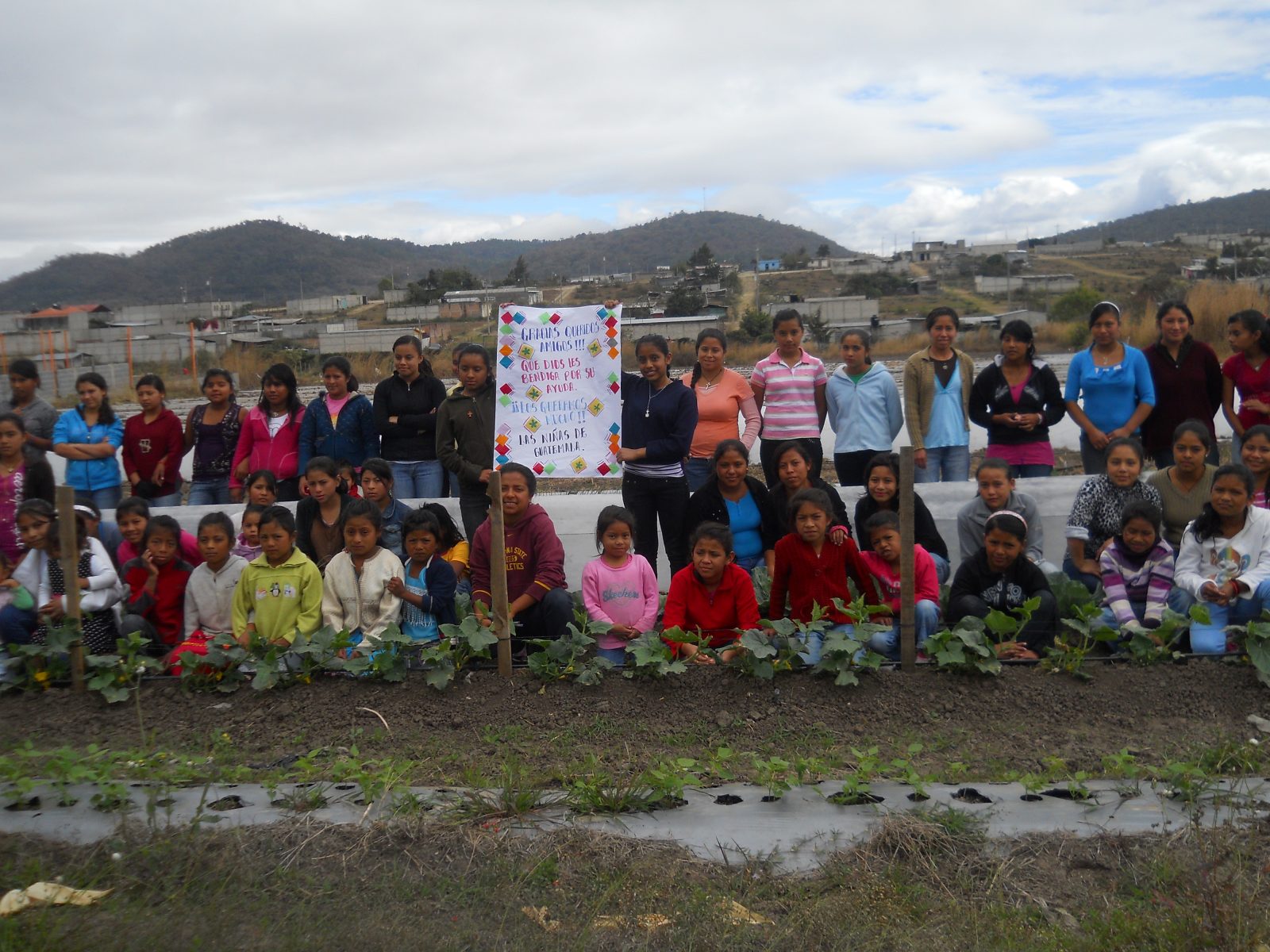 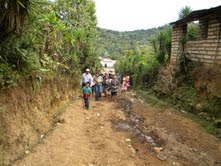 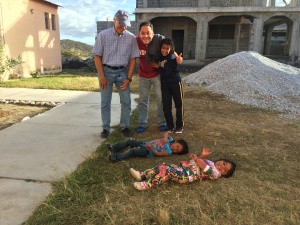 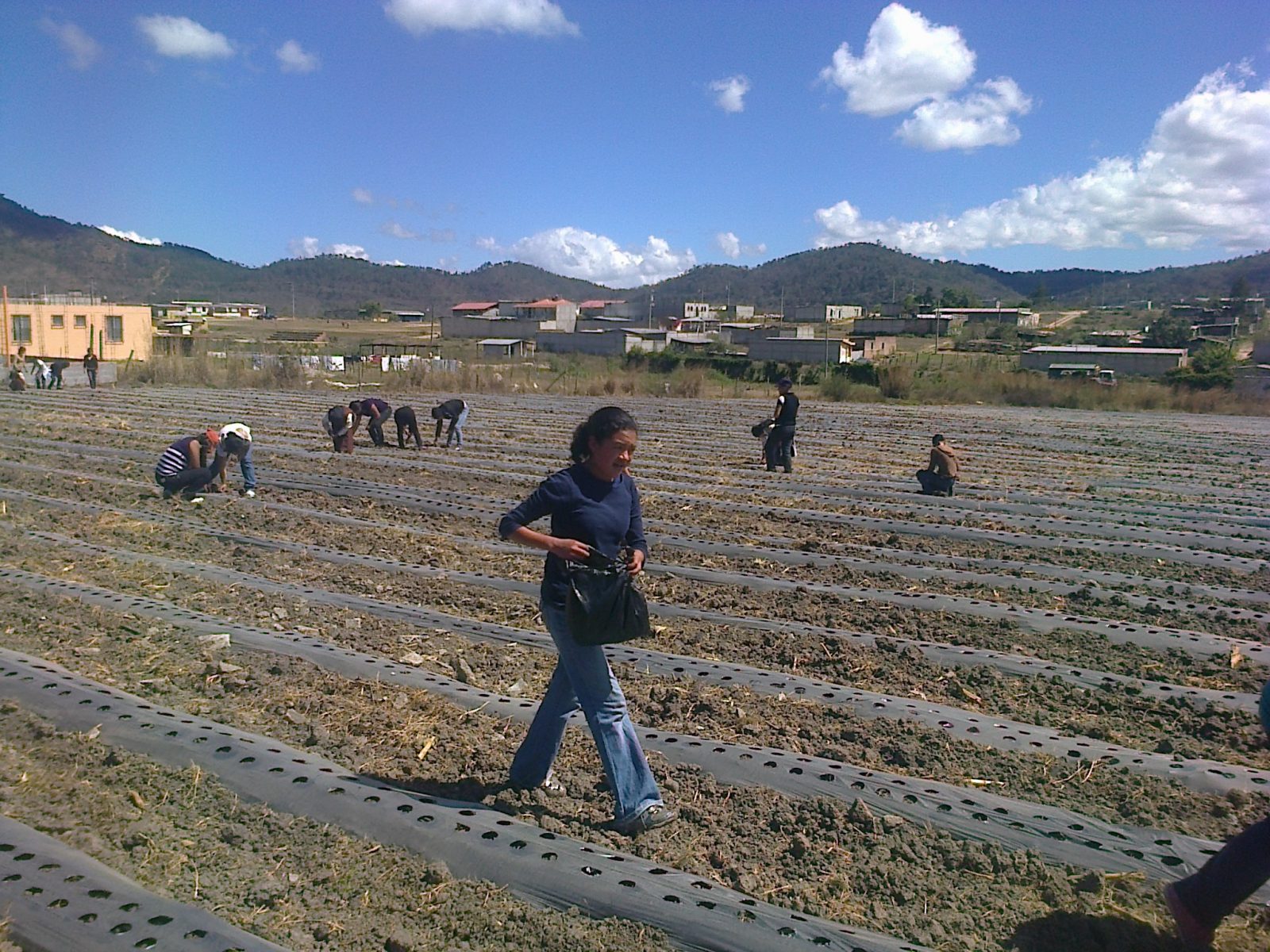 We feed, the body, the soul, and the mind.

Over the years, the HEAR Foundation has striven to make a difference in the Chicagoland area, where hunger is no stranger to many of the residents. Each year between 2008-2010, in partnership with St. Sabina Church on Chicago’s South Side, HEAR Foundation volunteers (many of them current/past HEAR Scholars) distributed 80,000lbs of chicken to the local residents. 2016 saw the HEAR Feeds volunteer program return to the same area and volunteers distributed 38,000lbs of chicken to local residents in two separate events. In addition to the Feeds program, HEAR volunteers have been involved in numerous other projects to help alleviate hunger. 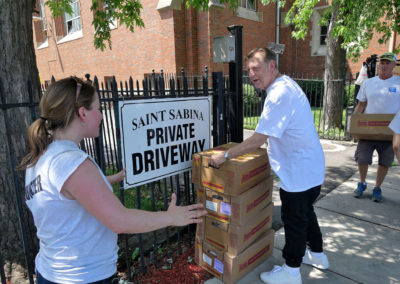 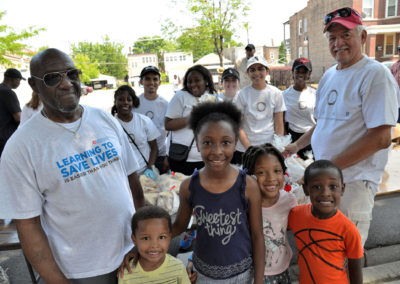 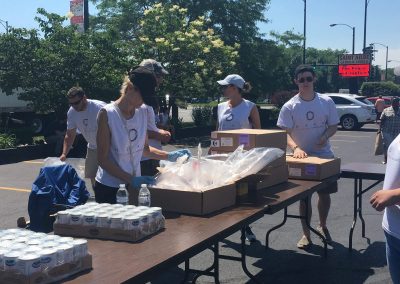 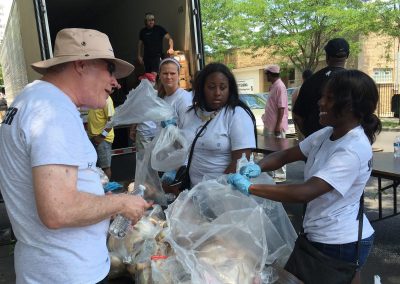 The HEAR Feeds program has set itself the goal of bridging the gap between our two missions and bring both hunger relief and information on access to education to our most underserved communities.

Although the programs have changed and evolved over time, HEAR’s fundamental mission remains the same: Provide

HEALTH – for the body and the mind

EDUCATION – as a key to a better life, AND

RELIEF – because sometimes everyone needs a helping hand.