The Dr. Ron R. Pollina Scholarship was founded in December 2015 to honor the life, legacy, and commitment of this extraordinary man. He firmly believed that education is a stepping-stone to a better life. Ron Pollina was a living example of what humans can achieve through hard work: he went from Barber school to college, and from college to a doctorate degree; creating a beautiful life filled with family, friends, and a community that was made infinitely better for his presence.

The Pollina Family is proud to offer a scholarship to a deserving young man or woman from Ron’s very own hometown to help begin their journey to a better life.

If you would like to be part of his endeavor, donate now or contact us at vera@hearfoundation.org to find out more. 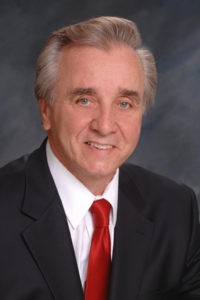 A true Chicagoan, Ron and his three bothers attended Barber College after High School, and worked with their father and uncles in Chicago barbershops to put themselves through college and graduate school. Ron received his B.A. from Roosevelt University and his Master’s Degree and Ph.D degrees from the University of Illinois. An entrepreneur and geo-economist, Ron was the Founder and President of Pollina Corporate Real Estate, Inc. in 1981. As a recognized expert in corporate location analysis, economic development and geo-economic trends, he represented numerous Fortune 500 clients both nationally and internationally.

Ron authored over 70 published articles on the subjects of commercial real estate, corporate relocation and economic development; and his opinions have been quoted in The Wall Street Journal, Financial Times, Forbes, and many others. Ron and Brent were the authors of the annual Pollina Corporate Top 10 Pro-Business States study, which has received national coverage by a multitude of news outlets, for over 10 years. Four years in the making, his book, Selling Out a Superpower: Where the U.S. Went Wrong and How We Can Turn It Around, was published by Prometheus Books in 2010. Ron also appeared frequently on TV and radio interviews and before international professional groups and several state legislatures. He served on the faculties of the University of Illinois and DePaul University, on the Board of Directors of the International Development Research Council (IRDC) and others.

The final 10 years of Ron’s career were dedicated to improving the economic condition of our country in an effort to lessen the tremendous poverty, homelessness, and hunger experienced by far too many American Citizens, especially children.

Ron was extraordinarily devoted to his family (and dogs), but also a friend and mentor to many others. All who knew him felt fortunate to experience his unfailing work ethic, infectious sense of humor, enduring quest for knowledge and willingness to share all that he had learned, often wrapped in ridiculous story. His family continues to tell these stories whenever they are together, and in them his legacy lives on.

“Being a Ronald R. Pollina Scholar is among one of the most tremendous honors I have received. I feel truly blessed to be able to call myself part of not only the HEAR Family, but specifically the Pollina Family. I am able to pursue my dreams in the name of the lasting legacy of Ronald, and I truly cannot put into words how much this means to me. I will always be endlessly grateful towards the Pollina Family for this honor. Being a Ronald R. Pollina Scholar means absolutely everything to me”.