According to Unicef, 43.4% of Guatemalan children are chronically malnourished, and the rate is up to 80% among indigenous children. (Source) Recognizing this need, the HEAR Foundation made initial contact with Casa Hogar de Nuestra Señora de los Remedios in Jalapa City, Guatemala, in 2006. Casa Hogar is a girls’ home for orphans and children in need run by a branch of the Order of Marta y Maria. In Jalapa City they serve approximately 100 girls from birth to around 20 years of age, providing housing, food, and necessary supplies to attend school. The young women also receive intermittent government food rations and preventative care measures such as vaccines, but otherwise are funded entirely by private donors. They do not receive financial support from the Catholic Church.

In 2006, HEAR began working with the home’s head, Madre Claudia, to identify areas of intervention and establish a common vision for the future of the home. The home had dangerous infrastructure, an intermittent and severely insufficient food supply, and lack of the most basic provisions to maintain the girls in schooling and home life. In an initial health assessment, virtually every girl at Casa Hogar showed signs of chronic malnutrition such as hair loss, anemia, and a variety of skin problems. Since then, HEAR has constructed a second story, dug a well for clean, consistent water, and fixed the faulty septic system. We have built a fully functioning farm under the guidance of a farm manager that is currently turned over to the home’s residents for long-term use. In 2015, HEAR built a chicken coop on the home’s grounds that are about to be inhabited by 200 chickens. Over the past years, we have provided thousands of pounds of food for the girls’ immediate needs, and we are happy to report that the difference is visible. The girls’ health is hugely improved, as has their spirit.

HEAR’s ultimate goal is to lead the home to food independence and provide the girls with the skills they need to make it on their own once they leave Casa Hogar. We want to teach the home’s residents and caretakers the basic skills needed to grow and maintain a kitchen garden, maintain chickens and other animals as a food source. Along the way, we hope to help provide the basic needs of life: health, education, and a smile.

From the HIJAS Blog

New friends, old leaks, and girls in charge at Casa Hogar in Jalapa

This February, we went on a new year's visit to Casa Hogar in Jalapa, where many changes are under way. It was lovely to see everyone, especially some of our littlest friends! They are growing well and in great health and spirits. The site is buzzing with activity. A...

END_OF_DOCUMENT_TOKEN_TO_BE_REPLACED

A Peek at Casa Hogar in Jalapa!

http://vimeo.com/110730254 A big thank you to Charles Harris for creating this beautiful portrait of the women of Casa Hogar.

END_OF_DOCUMENT_TOKEN_TO_BE_REPLACED 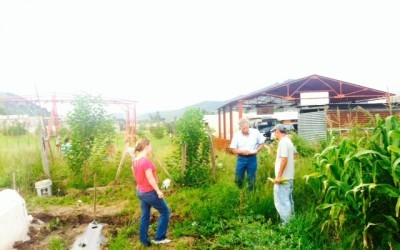 How are things at Casa Hogar in Jalapa? This September a team from the HEAR Foundation visited Casa Hogar to check in on the girls, inspect any work that needs to be done, and hear from the home's residents themselves how they are faring. We got about a million hugs...

END_OF_DOCUMENT_TOKEN_TO_BE_REPLACED 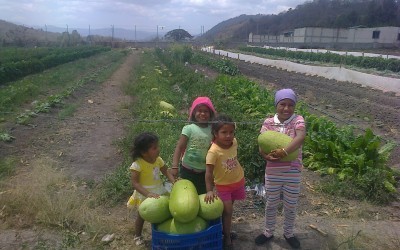 The 2014 harvest is off to a great start! The first ever attempt at commercial bean production at MyM resulted in 9,300 pounds of string beans. The residents are very proud of their accomplishment. They got to participate in the harvest, providing them with a valuable...

END_OF_DOCUMENT_TOKEN_TO_BE_REPLACED 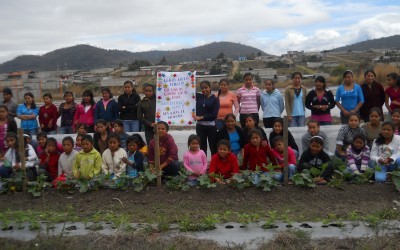 A Message from the Residents of MyM!

As we begin 2014 with new programs- commercial production of green beans, for example- the residents at MyM wanted to reach out to our supporters and share their gratitude for everything that was accomplished in 2013 and all that will be done in 2014. Their sign in...

END_OF_DOCUMENT_TOKEN_TO_BE_REPLACED

In the past few weeks, the Agriculture and Nutrition class has been focusing on some new, hands-on skills.  The residents practiced how to make cheese and chorizo in a sanitary fashion. They also learned how to safely hold down a cow and give vaccinations. The young...